Youth movement for the future


Non-profit organization “Youth movement for the future” - Montana is a nonprofit organization established in 2005 to strengthen the spiritual and cultural values of civil society to mobilize youth potential for its intellectual and spiritual growth through methods and means of Arts. Target groups who work with the association are children, adolescents and adults. Activity:
Organization of concerts, performances, exhibitions and festivals;
participation in international cultural exchange by organizing tours, meetings and festivals with foreign governmental and non-governmental organizations with similar aims and objects;
Support of government, municipal and non-governmental organizations with similar aims and objects. 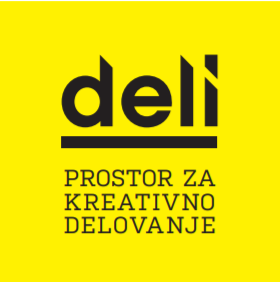 "DELI – Space for creative activity" has been established as a co-working space and business incubator of creative industries in Nish. As a not-for-profit organization, DELI was born out of a need to create a space to support social enterprises and creative young entrepreneurs to develop and implement their business ideas. DELI has been established by NGO Proaktiv and multidisciplinary studio for spatial and graphic design KontraStudio. Beside the mentoring support to the tenants, DELI organizes a number of activities for general public. Through the Program of DELI Trainees 20 young people had chance to enhance their knowledge and skill and more than half of them got a job after completing their traineeship. We have also developed a strategic partnership with WordPress community in Nis, which brought DELI Space to programmers and developers, by organizing a series of Meet-Ups, including Up Work, JavaScript, Unity, etc. "DELI – Space for creative activity" NPO has implemented successfully projects, financed under European, national (Serbian) and other. Some of them described below. "DELI – Space for creative activity" NPO is actively supporting youth & students in developing their creativity & artists career, fostered traditional & contemporary cultural & creative industry as asset for tourist attractiveness & sustainable economy. With the present project the NPO will establish a pottery studio for their skills growth and increasing their knowledge about Serbian & Bulgarian crafts & folklore.

The project is co-funded by EU through the Interreg-IPA CBC Bulgaria–Serbia Programme.

This website has been produced with the assistance of the European Union through the Interreg-IPA CBC Bulgaria-Serbia Programme, CCI No 2014TC16I5CB007. The contents of this publication are the sole responsibility of <NGO Youth Movement For Future> and can in no way be taken to reflect the views of the European Union or the Managing Authority of the Programme